One year ago, jihadists from ISIS were chased out of their last bastion, in the western quarter of Mosul. Today, the city is still marked by occupation years and intense fighting. Entire city districts are in ruin. In this respect, lots of Christians from the city, still affected by how they were chased out of their homes, are still hesitating to return. At the behest of their pastor, Fraternity en Iraq is taking actions to help them re-appropriating their cult places and their religious patrimony.

As a symbol of this wished return, the church built par Fraternity in Iraq in the large displacement camp of Ashti, will be relocated in Mosul, where Father Emmanuel, with the support of the association, opens a new parish center which will serve to greet Christians students returned to study.

At the behest to Monseigneur Petros Mouche, Fraternity in Iraq is conducting another ambitious project : restore one of the oldest Syriac catholic churches of the city, Al Tahira Church, located in west of Mosul, severely damaged during the fighting. The important thing here is to keep records of seniority of Christians’ presence in Irak. The association Fraternity in Iraq can already emphasize its successful experience of refurbishment of Mar Benham’s sanctuary. 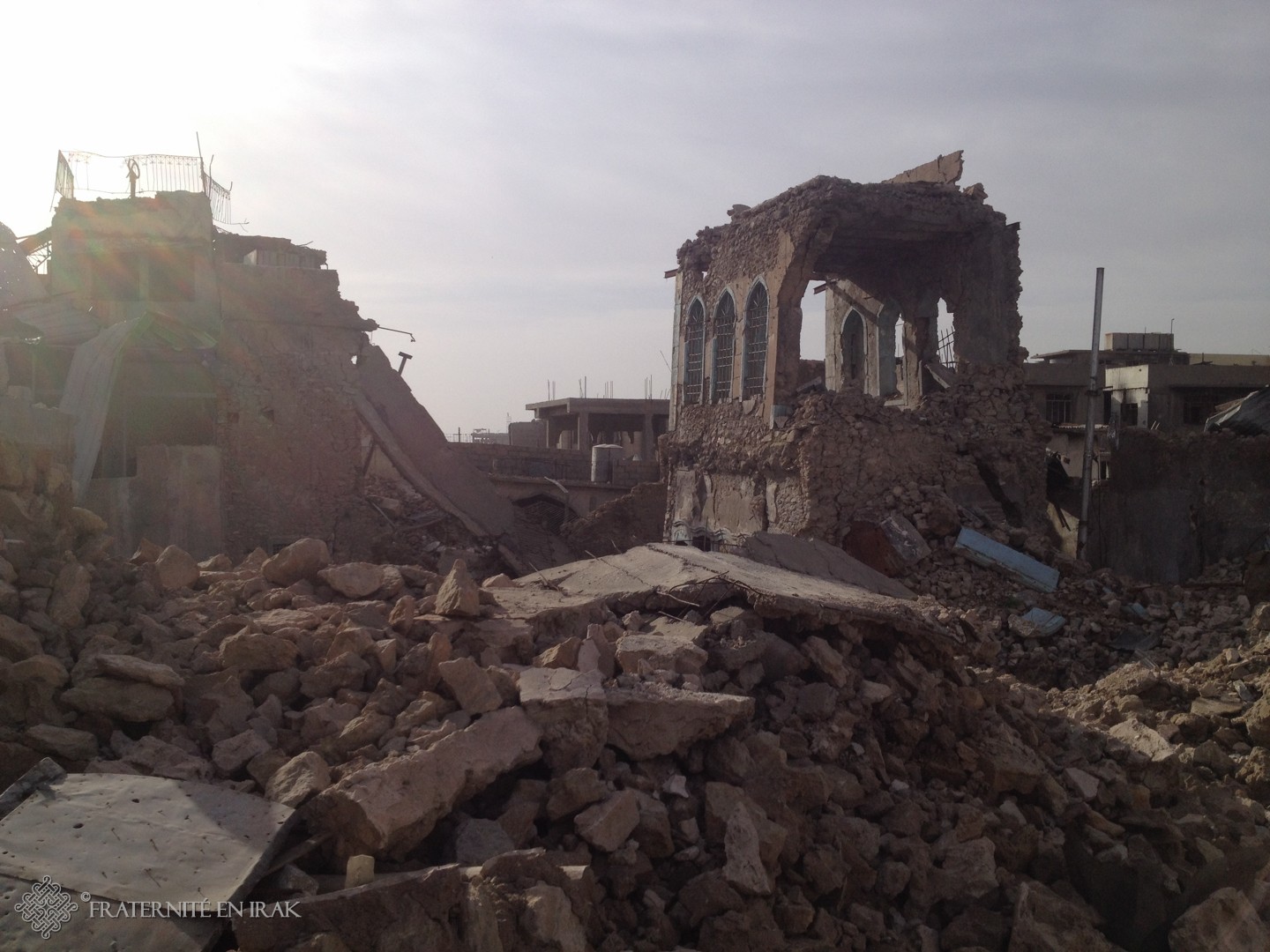 Finally, the association is currently ensuring necessary repairs in the St. Thomas Church, still in Mosul. Even though relatively unaffected, the church has suffered from explosion of two rockets in the cupola and in the nave.

Thank you very much for your generous support!