Interview with Aloïs d’Aunay, treasurer of the association 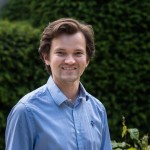 What can be learned from the accounts 2017 ?

The first thing to remember is the increasing of the collected funds by Fraternity in Iraq, even though the situation of Christians is not covered by the media anymore since the collapse of ISIS in the country. This increasing is due, in the first instance, to the generosity and the faithfulness of our donors. Most sincere thanks to all of them!

Some of them donate by bank transfers, others donate small of large sum of money every year. All these donations, small of large, enable Fraternity in Iraq to grow. Every Euro counts! In other part, the association is increasingly known by public authorities for it reliability, and it ability to conduct complex projects in the field. The share of state funds has so increased.

Quid of the operating costs ?

They are almost stable, increased from 2,38% to 2,77% between the years 2016 and 2017. This low percentage is due to the fact that we have almost no costs of fundraising. The association doesn’t spend money in advertising, with very few notable exceptions (printing flyers for instance) and doesn’t buy any donors base. It is a conscious choice of the association. It is our philosophy to ensure that the donations will be used for Iraqi as much as possible.

In other part, the association is based on the principle of volunteerism, which means that volunteers are tirelessly working! I would like also to thank them for that. Moreover, they pay themselves their living expenses and their airline ticket when they are traveling in Iraq.

Nevertheless, as announced last year, it was time to reach a further stage. Considering the continuing rise of donations and the scale of the projects conducted in Iraq, the association Bureau suggested to the Board of Directors to hire an employee to assist effectively the volunteers. Once the proposal has been accepted, Fraternity in Iraq hired it first employee in October 2017.

How the increasing of the collected funds is reflected out in the field ?

The operating costs of Fraternity in Iraq have been almost stagnant, so that the increasing of donations enables us to develop in Iraq more large-scape projects. In the year 2017, we have thus reached a further stage by devoting an important part of our budget to an economic revival programme, allowing inhabitants to get their business back, before ISIS. It is a considerable step in know-how – evaluating business projects, assessing the likely profitability on it, introducing a loan with zero interest rate for dozens of businesses. It is also a considerable step in terms of budget, because the association has already invested more than €300 000 in this programme just in the year 2017. Your donation is really efficacy, because it enables to revitalize around fifty businesses, creating more than 150 employments!

Others projects could not have been implemented without your generosity : for instance, the refurbishment of 300 apartments in the poor area of Shaqaq, in Qaraqosh, to enable the most vulnerable individuals to decently resettle in the Nineveh Plains. Or even the refurbishment of the Mar Benham monastery, started in the year 2007 thanks to your donations, and almost finished since.

Why did you publish the detailed spending of Fraternity in Iraq?

Since the year 2014, the association has a legal obligation to have its accounts certified by an auditor and to display it, like every association which budget exceeds €153,000. Beyond such legal obligation, the association Bureau displays its accounts as comprehensive and detailed as possible for the fourth year running. Indeed, projects we undertake are conducting with our donors’ money, they must therefore exactly know how collected funds are used. This financial transparency is significant in two respects. At first, it is a duty towards you, secondly it has an internal usefulness for the association : make our members aware of his/her responsibility for the use of each euro…

How Fraternity in Iraq succeeds in collecting funds without paying advertising nor buying listings?

The volunteers from the association give several conferences by year, allowing to inform the public about the evolution of the situation in the field. We also intervene in the Media (print and broadcast) and on the social networks to remind people about the situations of Christians and Iraqi minorities. Furthermore, our donors appreciate seeing their donations becoming a concrete project in Iraq. We try to maintain close relationship with them through conferences during which our speakers give answers to all questions with pleasure. Likewise, we try to be reactive when we receive questions by e-mail.

What is the expenditure line operating expenses ?

It includes the expenses of material and volunteers transport during the various missions in the country, exchange charges in situ, telephone charges in Iraq. In the year 2017, as announced since last year, it expenses also include accommodation costs of several volunteers on the spot for several months, working on rebuilding and on economic revival projects in the Nineveh Plains.

This surplus is due to the fact that most donations are collected between October and December! The projects conducted by the association in Iraq don’t advance at the same pace, therefore the funds are spent in the year 2018. If you follow the news of the association, you have surely noted that this year was rich in projects!

Thank you very much for your generous support!