Shops are flourishing in Bashiqa!

As the second anniversary of the liberation of Bashiqa will happen soon, let’s take on a tour of the businesses that have reopened, thanks to the economic revival program of Fraternity in Iraq, in this city which is populated by Yazidis, Christians and Muslims.

Bashiqa was released from Daesh between the 7th and the 10th of November 2016. Nowadays, this small town in the north of the Nineveh plains is one of the pioneers in terms of economic recovery. Thanks to the good relationships kept with the Yazidi leader of the area, the economic recovery program of Fraternity in Iraq is evolving well! 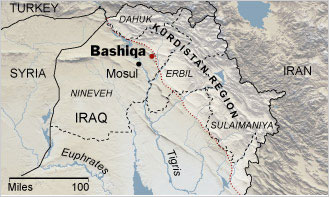 Since Waseem, who runs a district generator, has been the first craftsman helped and revived in the city, no less than 10 companies have opened again in various fields such as those of food retail, carpentry or car washing… 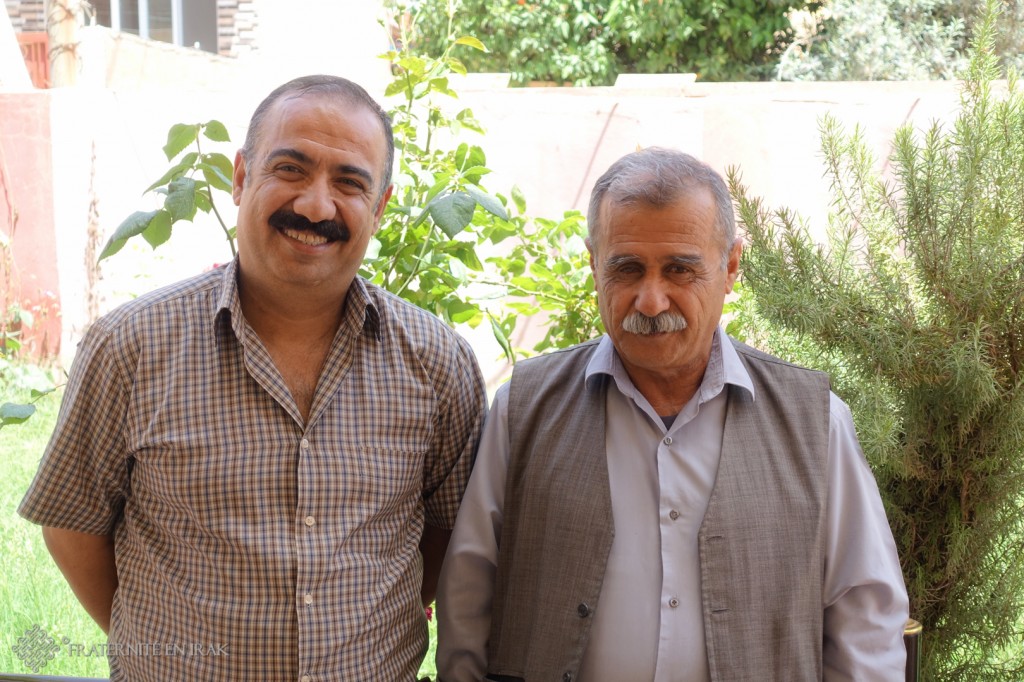 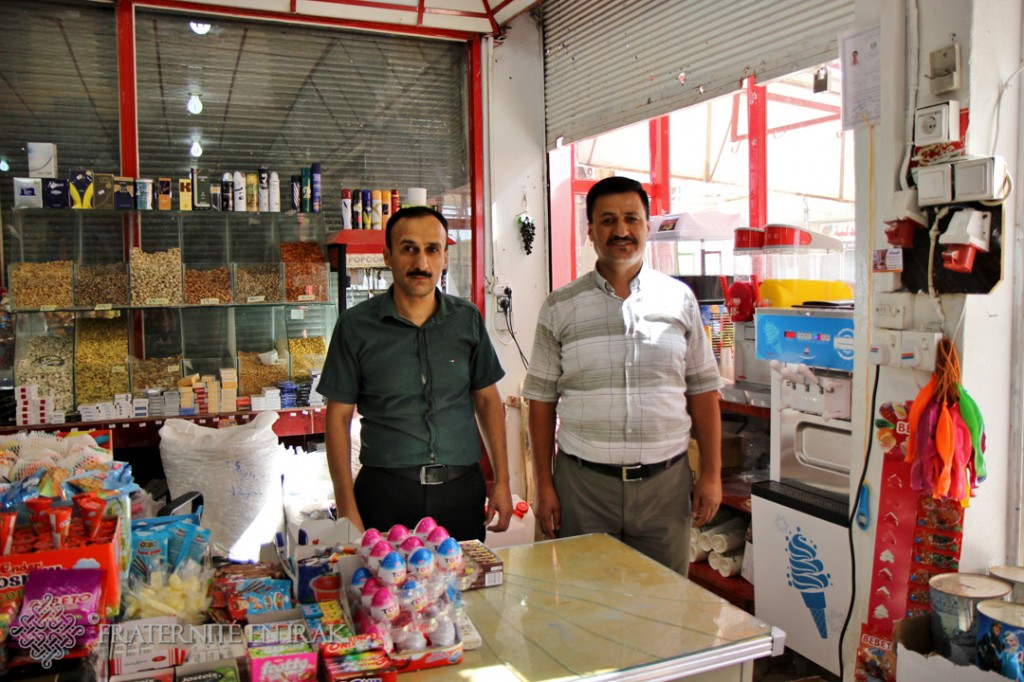 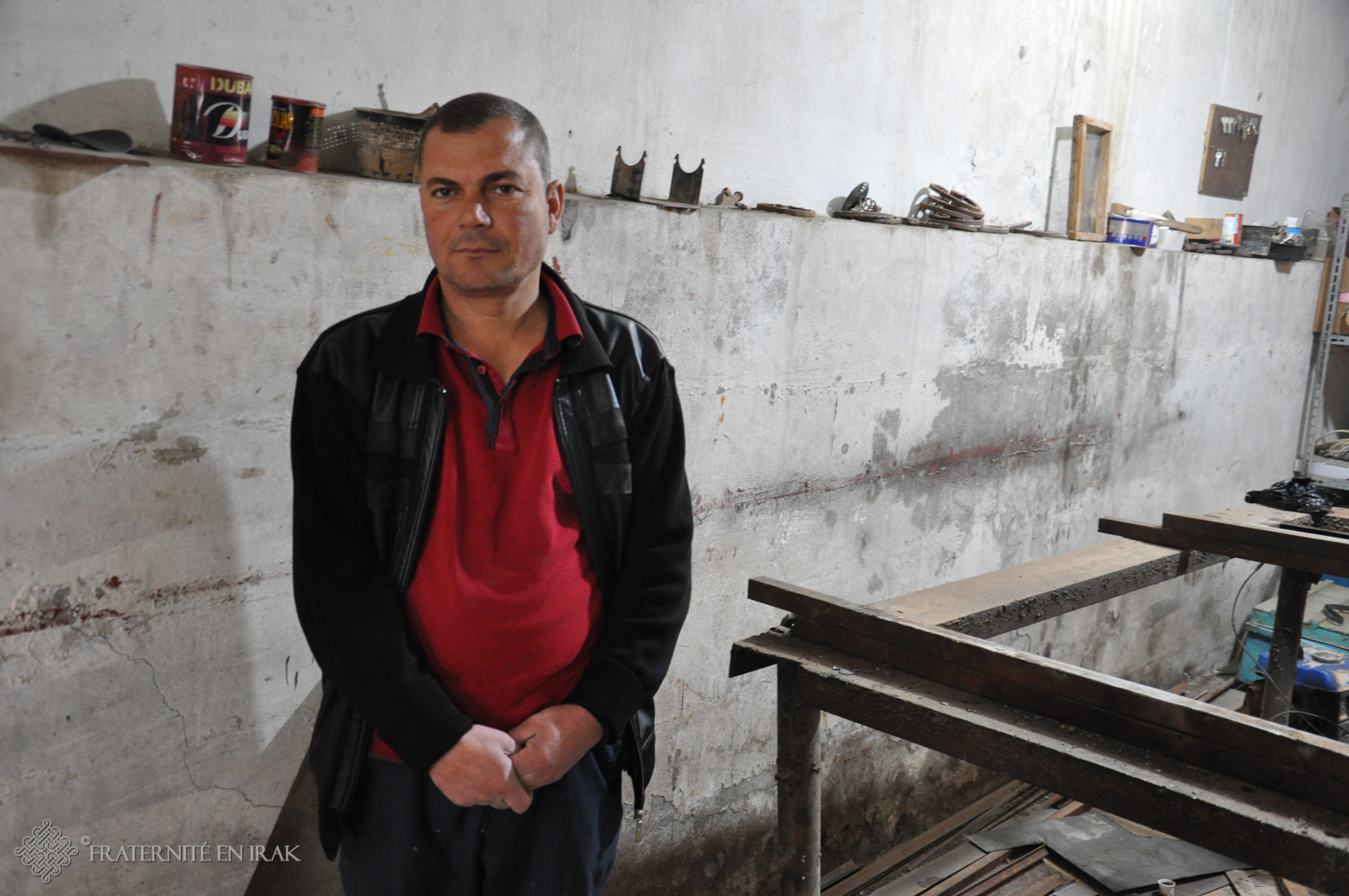 The most famous (and very logically!): Salam, the restaurant owner

The most successful: Kheder, the supermarket manager

The bravest: Naseer, the blacksmith

The most amazing: Eid, the car washer

The most touching: Luay, the metal turner

The most traditional: Mothafar, the PVC carpenter

Khedr Elias, the seed transformer. It is worth mentioning that he has come a long way: all his equipment had been carried away by Daech and he even had to rebuild the walls of his factory … By now, customers come to his workshop to crush grains they bring themselves and then come out with flour and bulgur!

On the right, Khedr Elias in his factory (seated on the left) with some customers 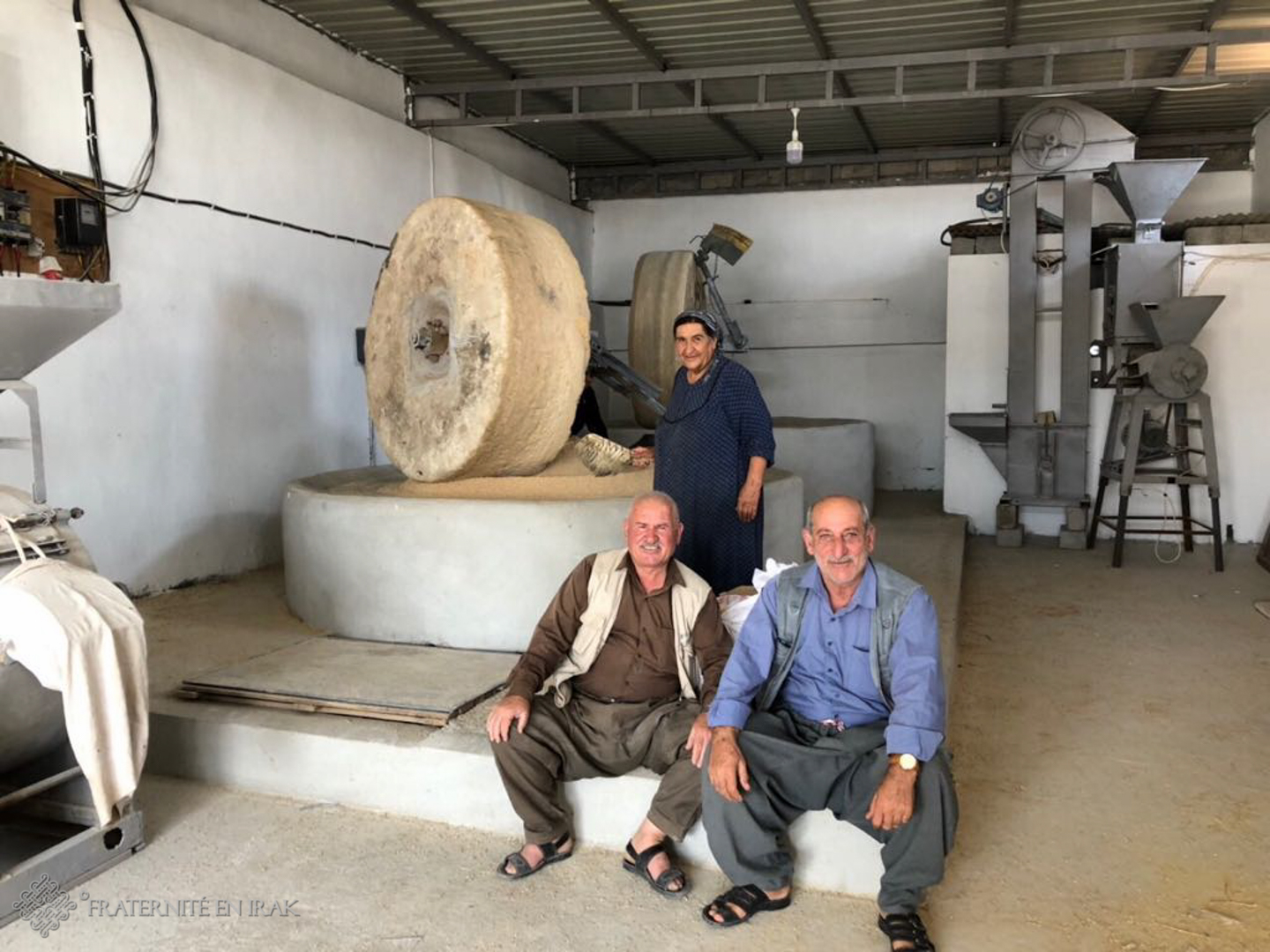 The most recent ones: Salwan, who has opened a cleaner business, and Aras, who owns a traditional confectionery factory! Aras and his brother Awas, who both are Yazidis from the city, have finally obtained the requested permits to reopen their halawa factory- halawas are candies made of sesame and nut butter. Jihadists stole everything they could in their factory and the two brothers needed to get again a governmental approval certifying the good safety and hygiene of their premises. They have waited since April but the determination of these men is amazing … Thus, the last people of this top 10 list are at the same time necessary for the community to live a « normal » life and the proof that the day-to-day life (maintenance of houses, purchase of confectionery for celebrations Etc.) has now replaced rehabilitation. 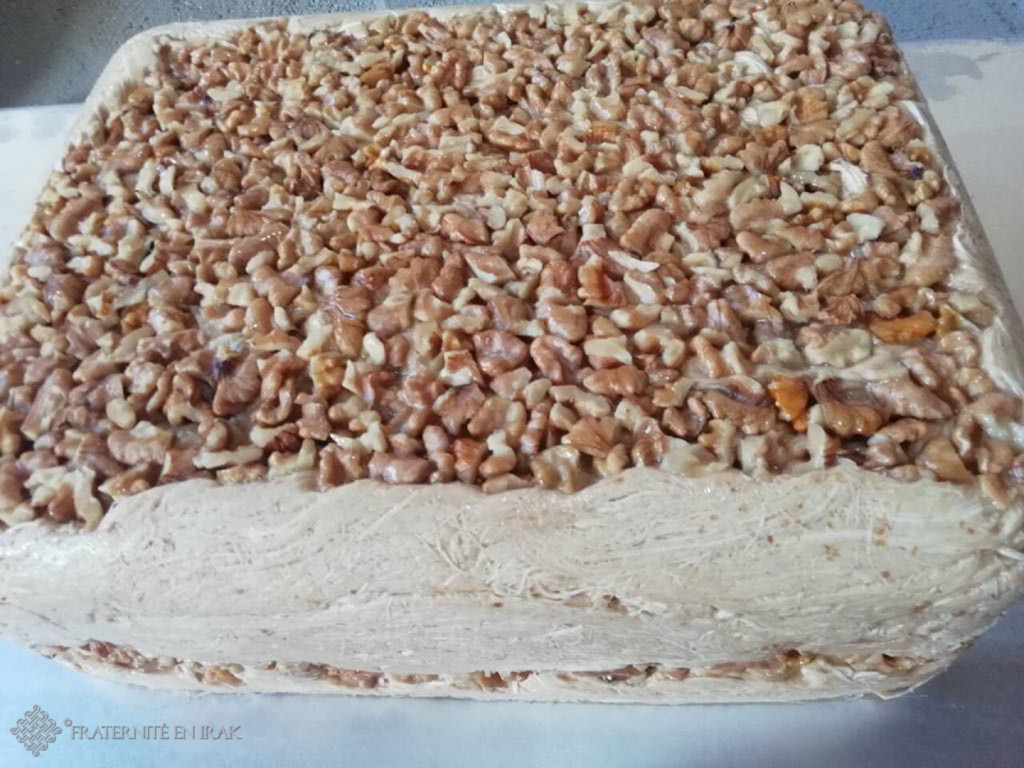 Who are the Yazidis?

Especially based in Bashiqa, Yazidis are often described as believers of a syncretic religion. Nevertheless, recent searches and even Yazidis describe themselves as the descendants of a mythical religion influenced by Manichaeism. They worship Malek Taous, the peacock-angel. Wrongly described as worshipers of the devil, Yazidis base their running on a complex breakdown system with sub-castes. In addition to the castes, the Yazidi society is also structured by tribes (in Bashiqa, the main tribes are the Khatari, the Harraqi, the Qaidi and some members of the Sinjar tribes like the Smoqa).

On the 3rd of August 2014, Yazidis suffered a genocide when Daesh seized the area of Sinjar where most of the members of this community were living. Hundreds of them were killed on the spot, thousands more were kidnapped. Women were sold in markets and enslaved, and young boys and adolescents were trained as child soldiers. At the time, their testimony particularly moved the volunteers of the association who met them. The 2018 Nobel Peace Prize Nadia Murad has highlighted the tragedy suffered by her community. This young Yazidi, who was herself a former sex slave of Daesh, now fights for justice and recognition of the genocide of her people.

Help us to help them!