Majid and Fadi, a pair of father-son PVC joiners for the city of Bartella

For the past five months, Majid has reopened its business of PVC windows and doors installation in the village of Bartella, a few kilometers from Qaraqosh, thanks to the economic recovery plan launched by Fraternity in Iraq in the Nineveh plains barely 1 year ago.

His studio is not exactly at the same place as before because the Daesh jihadists fully looted the previous one. Losses in equipment amount to nearly $ 20,000! It is now located in other premises, equipped with brand-new machines, where he is welcoming, with his son Fadi, the volunteers of Fraternity in Iraq. 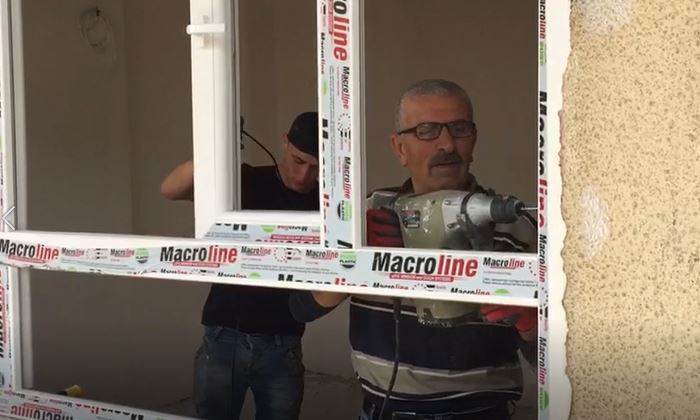 Forced exile and tough come back

Father of five daughters and a boy, he went into exile by renting a house in Ankawa, Christian district of Erbil which is the capital of Iraqi Kurdistan, while his village was occupied by the « Islamic State »

The economic recovery plan carried out by Fraternity in Iraq has been one of the reason that led him to come back to Bartella as he heard about it by word of mouth. Right away, Majid applied for the Fraternity in Iraq’s loan and donation system to buy his work tools and resumed his business quickly. After the review of both his application and the viability of his project, he has been selected and today, thanks to the relocation of his studio, many inhabitants whose houses had been partly damaged, managed to repair doors and windows of their accommodation and thus to come back home.

Read also : Rokan, as feeling of renewal in Qaraqosh

Majid is currently working with two workers and his son Fadi, who is the last one of the siblings. Fadi is 18 years old and is studying informatics meanwhile at Qaraqosh. He plans to take over later his father’s business … unless he may become a musician because he has recently joined Bartella’s parish brass band that has been created a few weeks ago!

Like Magie and Fadi, many of them hope to work again soon. Fraternity in Irak needs your help!