A lasting brotherhood in Qaraqosh

Loyalty to people met and projects implemented is one of the most important basic premises that lead Fraternity in Iraq’s actions. Here is the proof with the example of this playground for children established in 2012 in Shaqaq, the deprived area of Qaraqosh, and rehabilitated … four years later!

This is a time of which the volunteers of Fraternity in Iraq still think with thrill: in 2012 and 2013, before the arrival of Daesh, the members of the NGO had organized two « summer camps » for the children of the Shaqaq poor district of Qaraqosh. Olympiads, art workshops and various games were planned to keep the youngest. 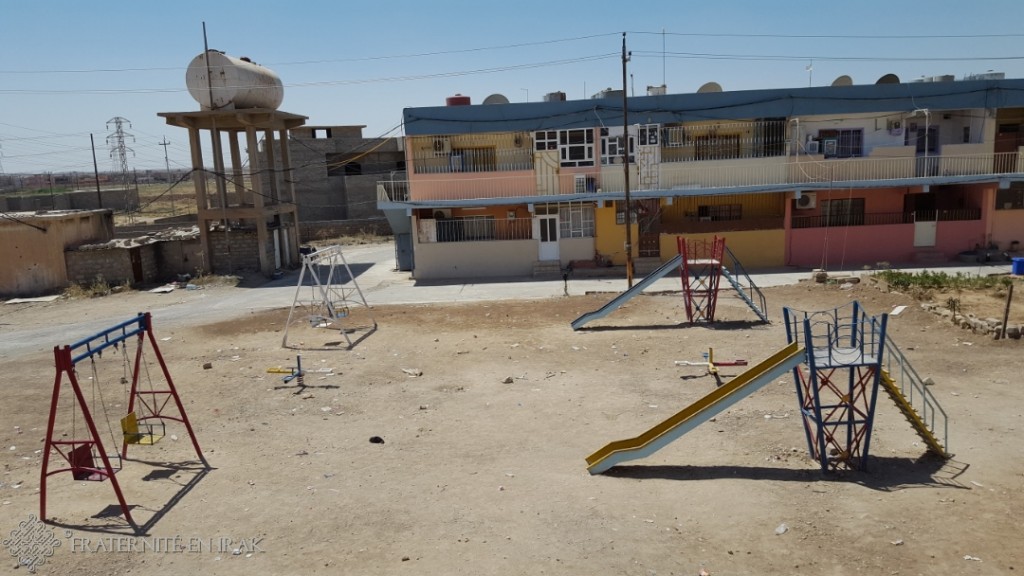 The playground built by the blacksmith of the city

While living with these children, Fraternity volunteers in Iraq became aware that they lacked a playground within this neighborhood made of small two-story buildings. Swings, slides and new and colorful rocking horses had been built by a blacksmith of the city and installed without delay in the heart of the neighborhood.

This playground made hundreds of children happy for two years until the arrival of the jihadists of « Islamic State » in the area. When the town was released and the district repopulated, members of the organization were pleased to see that the games had not been carried away by the jihadists! They were all spilled, some damaged, but mostly intact and still operational… 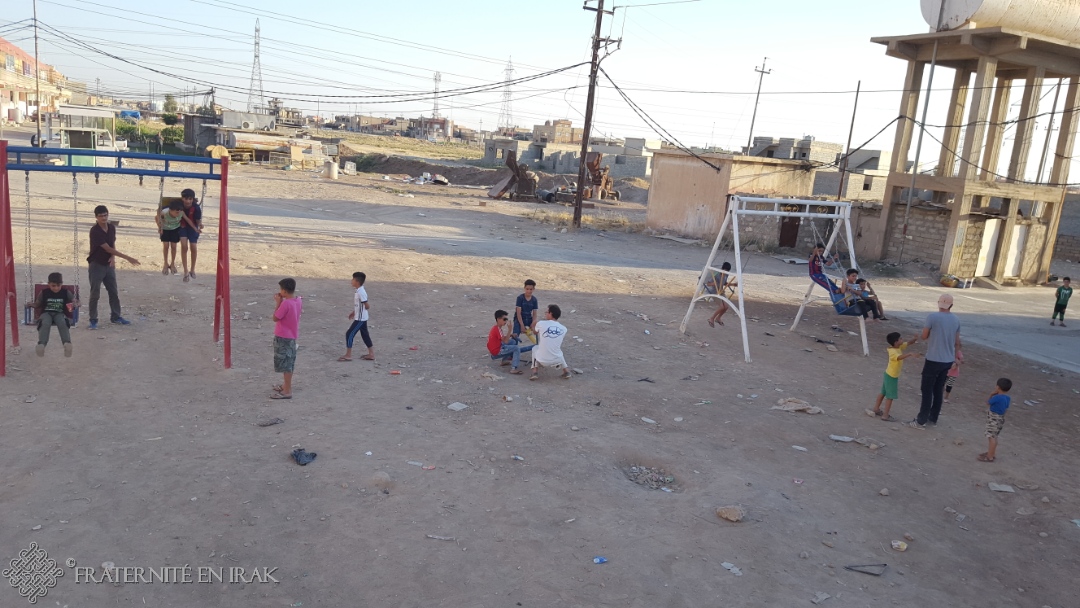 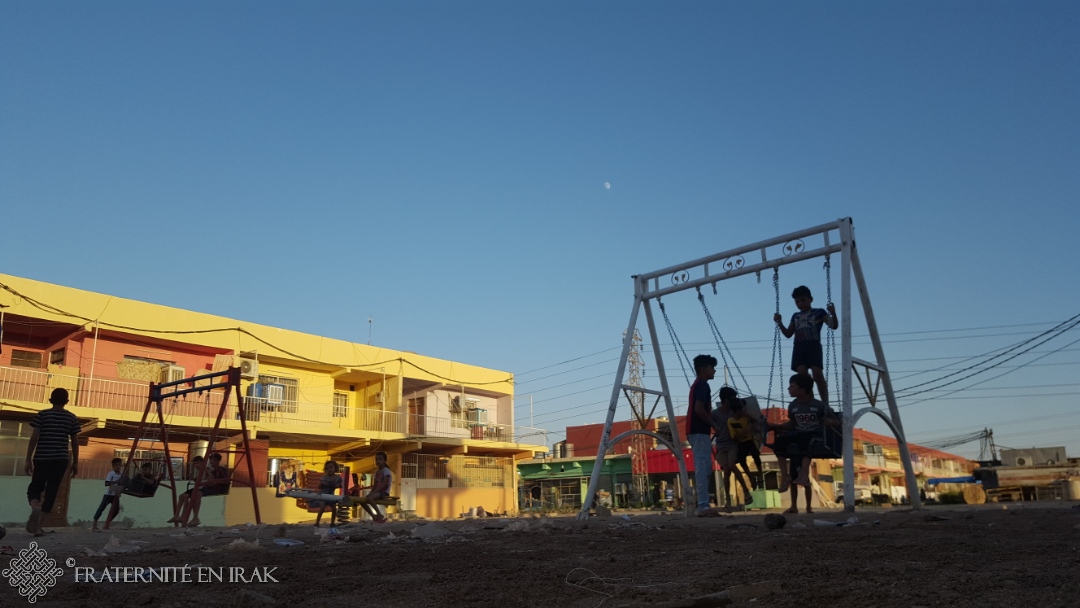 A team of Fraternity in Iraq spent time in Shaqaq this summer to live the ordinary life of these 330 families who all came back to live in their refurbished flats thanks to the donors of the organization. One of the duties carried out by the volunteers during their stay was to make sure that the games had been reassembled and reattached. Mid-August, it was definitely done and the opportunity of seeing children laughing again on their playground is another victory over the barbarism of Daesh.

This rehabilitation, which may seem very little to the extent of the work to be performed in the city to erase all tracks of Daesh’s period, is in fact crucial for Fraternity in Iraq. It demonstrates our loyalty to the people we meet and the pledge we give even regarding the smallest projects. 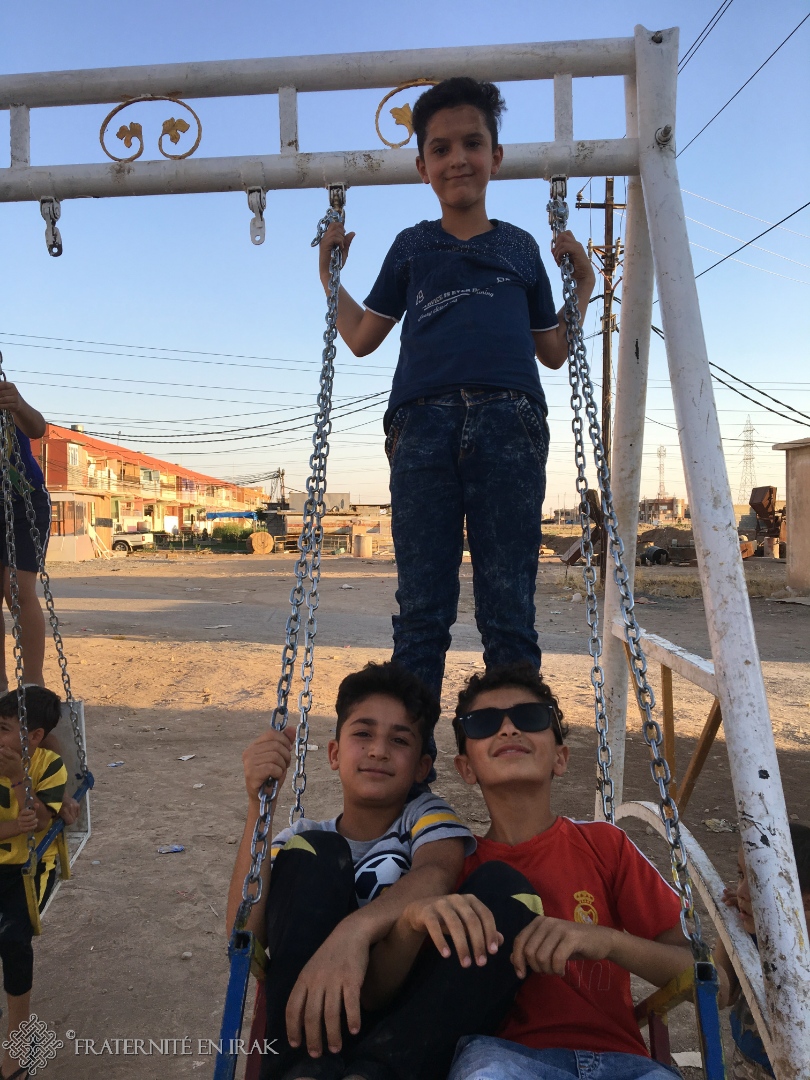